Momma Said (Smoke) You Out! Professional Athletes Fighting In and Out of The Ring For Cannabis Rights!

Let's be honest, is there anything more badass than a professional fighter? They’re big. They’re tough. They’re scary. And many of them are HUGE cannabis advocates! 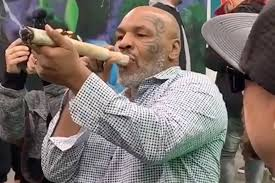 Former heavyweight champ, Mike Tyson, just bragged in a recent interview that he burns through$40,000 of weed every month at his ranch in California. You read that correctly: the most iconic face-puncher of all time spends more money on weed in one month than most people make in a year.

Tyson and his former-athlete friends go through so much weed (10 tons to be exact) at his infamous Tyson Ranch that they started a podcast about it called “Hot boxin’ with Mike Tyson.” 10 tons a month… just let that sink in for a moment. To put this in perspective, the average size of a four-door sedan is 2,871pounds. That would mean the Tyson Ranch goes through about nine cars worth of weed every four weeks. 9 FREAKING CARS.

Tyson isn't the only one... EVEN MORE RECENTLY current mixed martial artist and UFC fighter Nate Diaz had Twitter blowing up after he lit up a joint at the UFC 241 open workouts. Nate and his older brother, Nick Diaz, are notoriously outspoken advocates of cannabis. 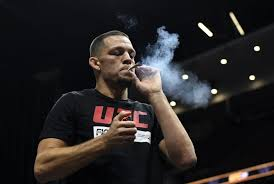 Nate, who has failed three drug tests in the past because of weed, had fans and  UFC president Dana White SHOOK on Twitter. Not only was he happily disobeying UFC's drug policy, he even went so far as to pass the joint around to his fans in the crowd.

While we believe sharing is caring and cannabis is pretty much the best plant nature has to offer, not everyone enjoys the secondhand smoke and smell that comes with it. So next time you find yourself enjoying some greenery, make sure you use a PHILTER. It will not only keep you out of trouble, but it is the polite thing to do.